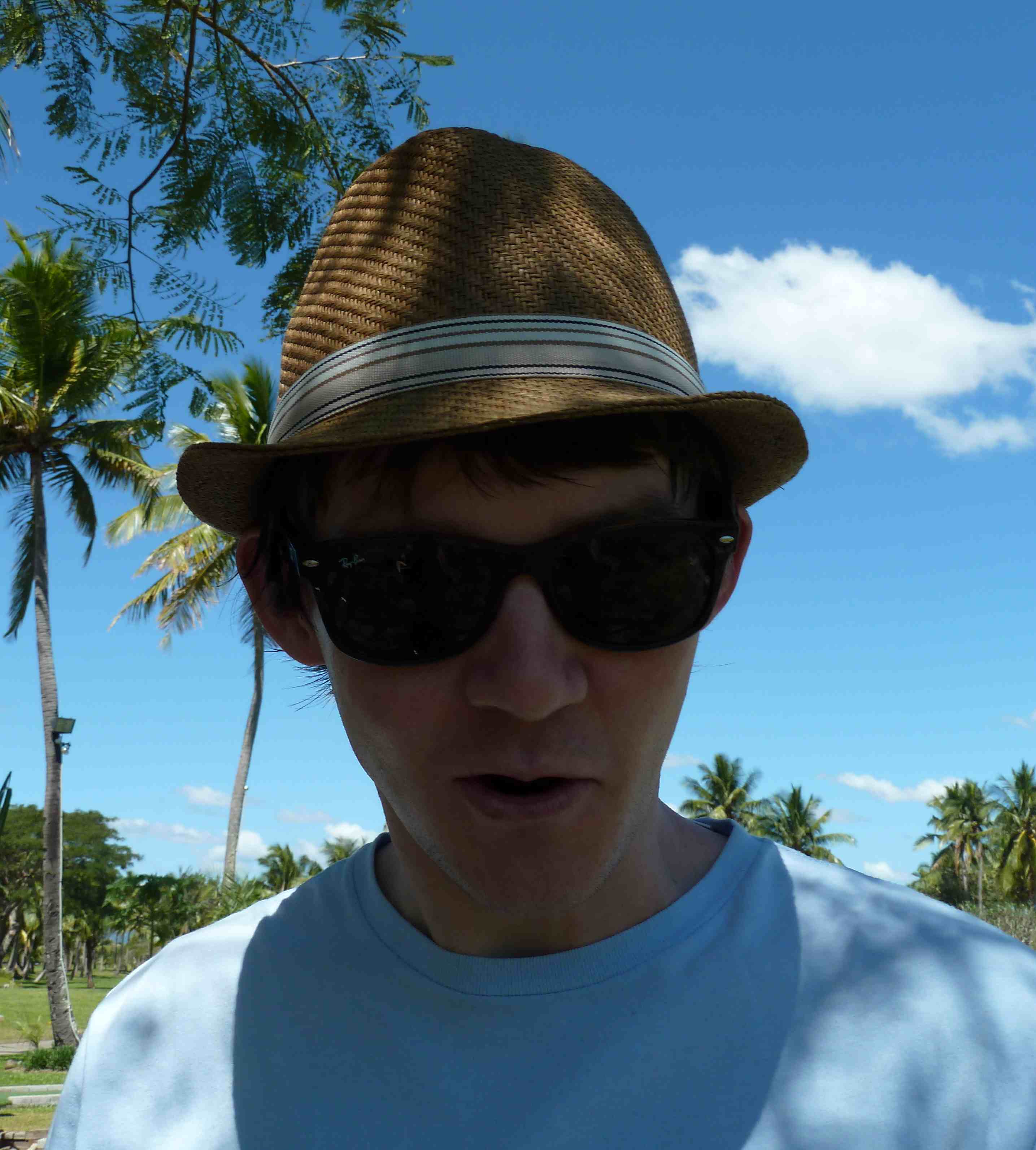 Congratulations! You've reached the homepage of Rhys Davies. My name is far from unique, so the photo to the right (from 2012) is specially chosen to make me easily identifiable.

I intend this website to be a repository and reference for all the things I do in my life that lend themselves to being recorded on the internet. Since there is not a whole lot here at the moment, I am going to use the classic everything-on-one-page format. Just scroll to your heart's content.

In a previous life, I was a theoretical physicist (of sorts). After studying at the University of Melbourne, I completed a Doctor of Philosophy (D.Phil.) at the University of Oxford, and was then a postdoctoral fellow there for three years. Details of my research can be found via this copy of my old Oxford website.

I also wrote a short-lived blog about physics and maths, which nevertheless has thirty or so entries, and may be of some interest; it can be found here.

I play guitar and sing, and write my own songs (although I’d like to be both better and more prolific!). There are some old Youtube videos below, which I might as well leave there, but to hear some better songs and better recordings, check out my Soundcloud page.

To see my old Youtube videos, you can either visit my channel, or watch them right here, and read the lyrics as well. Just select your song of choice from the list, below on the left.

Since about 2008, I've been playing the Oriental boardgame Go (also called 'Igo' in Japanese, 'Weiqi' in Chinese, and 'Baduk' in Korean). The rules are quite simple, but the game is extremely strategically rich.

Players are commonly ranked by a similar system to that used in Japanese martial arts—beginners start at 30 kyu and work their way up to 1 kyu, after which they reach 1 dan. Amateur ranks typically go up to 6 or 7 dan, and there is a separate ranking system for professionals which ranges from 1p (professional dan) to 9p. At some point, the Australian Go Association thought I was about a 2 dan; unfortunately I think that’s an overestimate by several ranks.

Probably the best internet resource for learning about Go (at all levels from beginner up to very strong) is Sensei's library; there are also some excellent free video lectures out there, some of which I link to here.